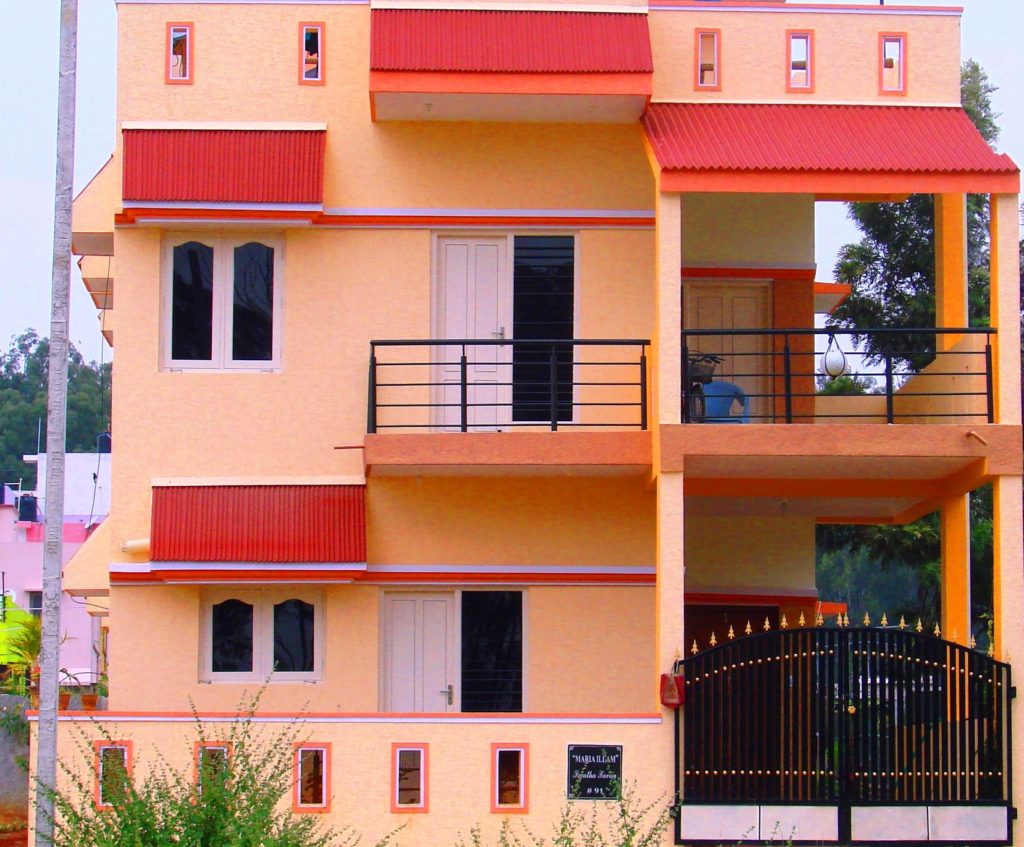 There are a large number of persons in Bangalore, reasonably well educated, employed in lower level salaried jobs, who find it a great struggle to own and live in decent houses in view of high cost of living. As the MSS had received land from the Archdiocese of Bangalore on the outskirts of Bangalore, it conceived the idea of providing low-cost housing to this category of persons who do not own houses. Battered women, widows and their families are given preference. The land is a gift from the Archdiocese to the beneficiaries.

Sanctioned plans from the BDA have been obtained for development of 50 sites and 2 Apartment buildings with 9 flats each. One block of 9 flats have been completed, and the flats allotted are occupied. The foundation has been laid for Block 2.

The roads, drains, sewage lines, electrical connection, bore wells and other development works have been completed. The sites have been allotted and registered in the names of the beneficiaries.

37 Sites measuring 20 x 30 and 30 x 40 have been allotted and registered to deserving beneficiaries. Eight of the beneficiaries have already completed construction and others are in progress.

In 2021 a few more beneficiaries of the Mathrudhan Social Housing project under the Chairmanship of Mrs. Therese Rasquinha built their houses this year taking the total number of completed constructions to 23.

Donations are earnestly solicited for the completion of Block 2.

Become a donor today.
As a small grassroots organization, please know that every rupee you give will have a direct impact on our ability to continue working towards our mission.

Contributions are tax deductible to the extent permitted by law.

Your support means the world to us :)